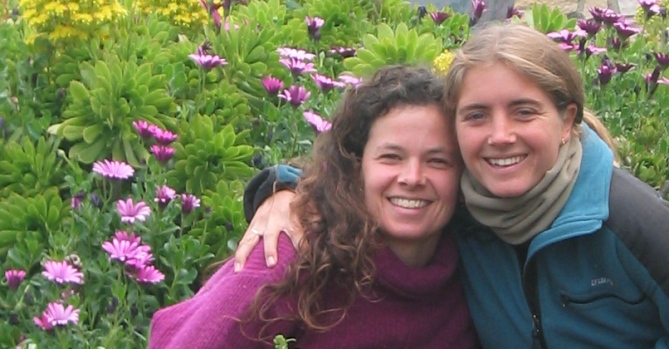 A spiritual friend can inspire us to connect with our own potential, but ultimately we ourselves actually have to walk our own way, hear our own genuine voice, and fulfill our own potential. Nobody else can do it for us, but it is okay to need encouragement to stream our own wisdom and love into our lives.

Jaya Ashmore has dedicated her life to awakening—both in her own meditation since 1985 and in helping spark breakthrough and depth for others since 1999. From the US, she studied religion and art at Harvard, and was authorized to teach in 1998. On the retreats she leads around the world, Jaya helps people of all ages find and nourish their growing edge—where potential to light up with life is ripening. Participants often notice an unwinding of unwholesome habit-energies, as well as an awakening love for what is most important in life.

In her teachings, she integrates her love of life and people with her deep experience in the traditions of Buddhism, yoga, Advaita (non­duality), Christianity, and Hindu mysticism, as well as poetry, art, embodied movement, and the Japanese art of Jin Shin Jyutsu.

Gemma Polo Pujol was born in Barcelona, Spain in 1976. At the age of 11 she began meditating on her own, inspired by St. Francis of Assisi. In 1992, she began practicing Zen intensively for ten years. During this time, she also spent two years as a contemplative nun and a Catholic activist in Latin America. Later, while working as an organic beekeeper, she studied Agriculture, International Development and Religious Sciences. Based in India since 2002, she has been offering retreats there and around the world, mainly with Open Dharma.

Open Dharma teachers sometimes invite experienced participants to assist with the teachings, have a look at Guest Teachers page.

Teachings are given freely.

~ The role of the teachers

The Buddha said that we should be our own refuge, our own light, that he could only point the way but that we had to walk the path of awakening for ourselves.
Facilitators are only guides.
They are walking on the same path that students walk. They know some of the pitfalls and can help students avoid them or clear up confusion about them. They can inspire students to practice but ultimately it's the students themselves who actually have to do the work and realize the benefits of these practices.
Facilitators are therefore spiritual friends who are willing to share whatever wisdom they have. This is how their facilitators relate to them.
The point is that no one can free another. Why is that? Because the capacity for freedom is within each of us already. We simply need to discover ways to develop it.

The facilitator can be "like a mirage of a lake in the desert. When we feel very thirsty in the desert we may think we see a lake. . . , but really there is no . . . lake at all. In the same way, by holding out the fulfilment of our desires, the [facilitator] . . . inspires us to walk further into the desert of egolessness."

Trungpa Rinpoche,
The Heart of the Buddha

Help us come up with a better word than teacher or facilitator.
We consider ourselves friends.